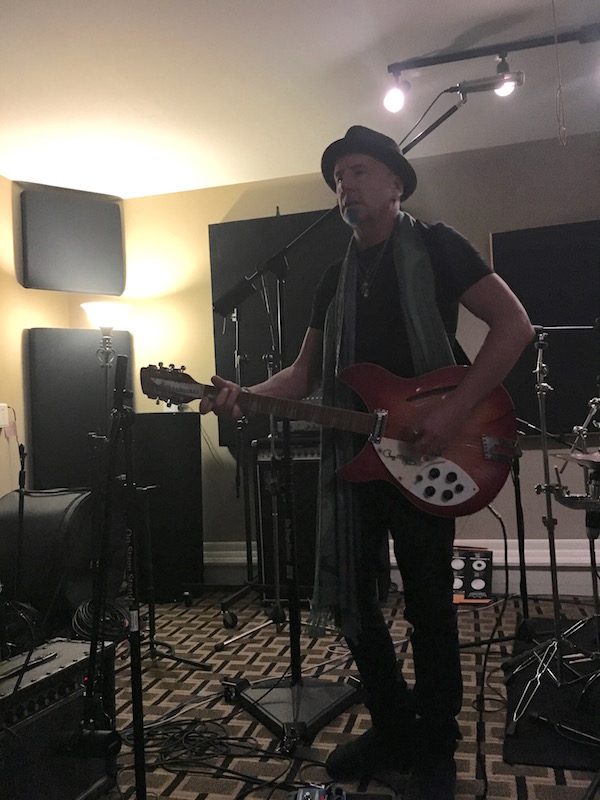 Born in Queens, New York, for 7 year old Rick Norman, the news was the stuff of dreams: his family was moving to Palisades Park, NJ! Surly, the iconic amusement park of the same name would become his own private playground! While the park was actually a few towns away, on the Palisades (a line of high cliffs rising over the Hudson River), this propensity for seeing the world for the boundless possibilities it offered was imbedded in Rick from the beginning. Ironically, the source of the dream that would shape his life was no further than the TV in his living room and the rock clubs that dotted the landscape of New Jersey and just over the George Washington Bridge, in New York City.

It was that Sunday night in February of 1964 that Rick Norman still calls the defining moment in his life.  Sprawled in front of his family’s black and white television, like millions around the country, he was transfixed by the group from England appearing on the Ed Sullivan Show. The Beatles revolution was on and Rick was an early enlistee. Music would forevermore play a prominent role in his life.

Rick Norman, songwriter, musician and former school principal, dedicated his days to educating children, while spending his nights with rock and roll. The passion and urgency with which he has attacked both were always evident on stage and in the school.

Growing up in Northern New Jersey and playing guitar, Rick was inexorably drawn to the legendary New York and New Jersey rock clubs. He spent countless nights at Kenny’s Castaway, CBGB’s and The Bitter End, in lower Manhattan and the Stone Pony, Fast Lane and Green Parrot, at the Jersey shore. Following his passion for music he began playing those venues, living a double life of rock by night and pursuing a career in education by day. A highly effective and wildly popular teacher, despite – or maybe because of – his unique demeanor, Norman rose through the ranks to high level administration positions but soon realized what he liked best about education was the kids and happily settled in as a principal. All the while though, the dream lived.

Through the years, Norman reveled in the hotbed of area rock clubs, fronting bands such as Snow, The B’s and Rick & the Apostles, showcasing his high-wire performance style, while continually creating and refining his own material. Deeply immersed in the cutting edge scene that was New York City rock & roll, Rick continued to play and take in the hum of the world around him.

During this whirlwind time, in addition to putting out 3 Cassettes, including Demo 91 with legendary NYC guitarist Gordon Gaines, he met and became close friends with singer/songwriter Pal Shazar and Jules Shear, an acclaimed songwriter & performer who wrote hits for Cindy Lauper, The Bangles, The Band and many others.  New horizons beckoned but never did he stop crafting, nurturing and fine-tuning a sound of his own. 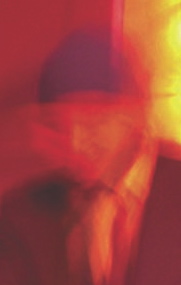 Twenty years had passed since his long time friend Roger Moutenot left Snow for a career as a record producer and engineer, working with Lou Reed, Patti Scialfa, Jill Sobule, Guster, Paula Cole, Yo Lo Tango and They Might Be Giants, among others. When the pair was reunited in 2002, Moutenot heard in his former band mate’s music a distinctive poignancy and sense of melody Rick had honed along the road.

Out of this reunion came Rick’s dream record. Recorded and produced in Nashville (with additional tracks recorded in New Jersey), Clouds Over OZ is a soaring culmination of a life’s work. The influences of the early, innocent club years as well as the relentless determination of a rock & roll lifer can be heard in Norman’s music. Those decades of dreams, from a living room in Palisades Park, NJ, through the countless venues and songs, have served him well.

Now in 2011, Rick and Roger Moutenot have once again collaborated on a new CD of all new original songs (except for a reworking of the Beach Boys classic, In My Room). “Cue The Birds” features Rick and Roger playing almost all the instruments, with vocal harmonies by Jules Shear.  The time, care and painstaking effort spent putting this labor of love together is evident from the first intoxicating notes to the final triumphant strains.

Rick and Pal Shazar have been performing together for almost 20 year and in that time they have performed at some of the premier clubs around the country: The Living Room, The Cutting Room, Joe’s Pub and The Wetlands in NYC, as well as such venerable outposts as The Grey Eagle, in Ashville NC, and Club Helsinki, in Great Barrington, MA.  But once again, new horizons beckon and the possibilities are boundless.

This May, Rick, Pal Shazar and Jules Shear will perform in Sweden, at the legendary Kulturbolaget (KB for short). This club is known throughout Sweden as THE place for major artists who prefer intimacy to massive stadiums and concert halls. Everyone from Emmilou Harris to Sonic Youth to Meat Loaf to Jeff Beck have performed at this classic venue.

Rick recently retired as a school principal and now channels all his time, passion and energy into his first love: music. His current band, My Buddy Paul, enjoys a loyal following and is known for their uncompromising, distinctive take on rock and roll songs. This band and his work with Pal keep him very busy, which is just the way he likes it. Always looking for the next mountain, a new CD is on the agenda as Rick Norman continues to write and perform in the clubs of New York and New Jersey, where it all began those many years ago.